Righteous Revolution is a concept exploring revolutionary themes, black spirituality, historic truth and socio-political understanding. In terms of hip hop, the revolution crew started by Hayden Collette (AKX) is a group of producers, dj’s, emcee’s and conscious affiliates seeking to put forth a sound that stays true to the golden era of hip hop and a positive message of activism, social justice and racial equality.

The original members of the group that was formed in 2004 were producer Rhapsodic from Colorado, Rashaun Blackwell also known as NattiRed from Cincinnati and AKX from Trinidad & Tobago who came to Colorado by way of Brooklyn, New York. Righteous Revolution has worked in the past with gifted Chicago emcee Out of Poverty as can be heard on the album “Stolen Legacy – The Conscious Rudeboy”. Righteous Revolution sound is a mix of hardcore hip hop blended with the roots and culture of dancehall reggae music and rhymes bringing thought provoking messages to the people. Individual members of the group are heavily interested in social issues and cover everything lyrically from Rastafarianism to the Civil Rights Movement and the Babylon system we presently reside in.

As unsigned underground artists, Righteous Revolution has produced 4 albums that are gems on the hip hop landscape. “Black Market Speech” was released in 2007 featuring the vocals of AKX and NattiRed and produced by Rhapsodic. “7 Years in Babylon – Words of the Lion”, released in 2015, is a conscious classic that featured the lyrical skills of AKX, the production of Rhapsodic and marked the beginning of the groups work with Denver Grown Studios. “Stolen Legacy – The Conscious Rudeboy” (a 19 track journey into the mind of the conscious rudeboy) was released in 2017. “Unassimilated” the group’s latest album was released in 2019 and garnered acclaim from legends such as KRS One and Chuck D of Public Enemy.

Righteous Revolution focuses their performances on spreading a message for the resistance of oppression, understanding of historical truth as well as Freedom of culture and spiritual expression. Therefore, in the last year, the group was featured at the annual Marcus Garvey Day celebrations in Denver and also at celebrations for the coronation of Ethiopia’s emperor Haile Selassie I the 1st, held on the Colorado University Campus.

The group consistently works with local community groups to promote awareness of social issues ranging from economics in the black community to minority help agencies and dealing with police brutality. In so doing, they have become fixtures at local Marcus Garvey, Malcolm X and Juneteenth celebrations in their hometown of Denver. 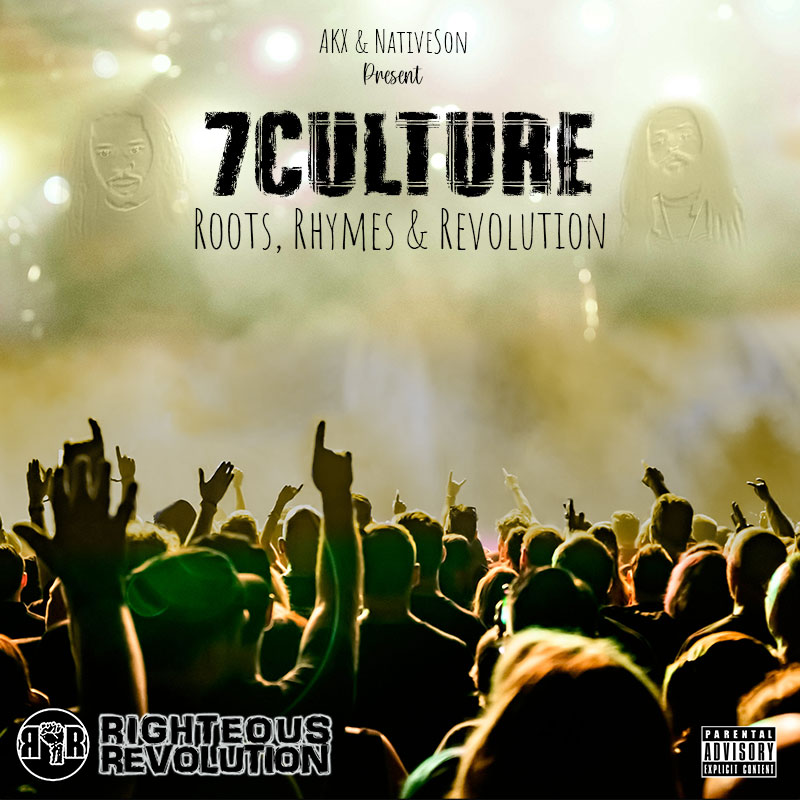 Join our email newsletter to get a free download of the first single off this new album.

The first 50 people to sign up will get the entire new album available for download for FREE!