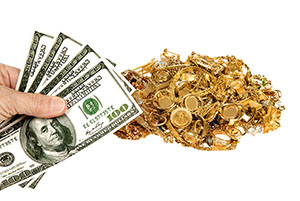 We grew up in the golden era of HipHop. Just after groups like Grand Master Flash, Run DMC, and Whodini caused us to fall in love with Rap/HipHop music; it was then cemented in our hearts in the 90’s with acts like EPMD, WuTang Clan, ATCQ, Bootcamp Click, Brand Nubian, and X Clan, just to name a few. I remember the days when we would gather around; one guy beat boxing and anyone who considered themselves an emcee would step up and eagerly deliver his rhymes with an understood need for a flow with both precision and wittiness. Back then, you had to be able to flow whether you were a big time signed rapper or an unsigned street corner freestyler.

Now, as I look at today’s so-called emcees, what do I see? Individuals with severely limited vocabulary and therefore very limited content in their rhymes. Emcees have always used a boasting format to deliver their rhymes. Whether it be jewelry, sexual prowess, skill as an emcee, or rhymes about any material thing; boastful rhymes have always been a part of hip since Roxanne Shaunte and Special Ed blessed the mic in the early 80’s. In the time that I would refer to as the golden era of HipHop a boastful flow was delivered with clever rhyme schemes that graphically depicted the picture painted by the emcee and gave the listener great insight into his/her intelligence and skill level. However, nowadays, the emcee boasts over hypnotic beats with very little, if any, verbal wit or skill. Rhymes about cars, jewelry, loose women and lavish materialistic lifestyles have become the order of the day. Rappers have reverted to the pre-civil rights buffoonery of black entertainment in a willfully unaware state of artistic servitude. The industry as a whole has confined the emcee to mind numbing rants with repetitive verse and topic line. The emcee/rapper of today believes they must follow the trends of the limited industry prescribed rap if he/she is to gain financially from this art form.

Righteous Revolution is definitely NOT about that limited scope and will NEVER tow the industry lines. We could have gone down that road a long time ago but have determined to always represent the real HipHop as it was given by those who came before us.

Join Us!Sign up for our email newsletter...

By signing up, you will have the opportunity to enter contests, win merchandise and get exclusive access to unreleased Righteous Revolution music.